With the area of 174.000km², Sulawesi is the 4th largest island after Papua, Kalimantan, and Sumatera. The name Sulawesi derived from Bugis word mean “Sula=island” and “wesi=metal”. Like the other island in Indonesia, Sulawesi has the source of metal. It’s located above Bali, about 600km or 1 hour flight from Bali, between Kalimantan and Maluku. 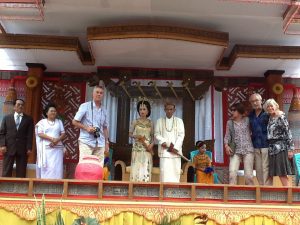 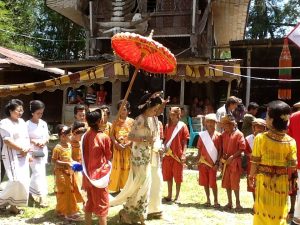 The center of Sulawesi is formed of mountain, that causes limited access to the peninsula, therefore transport to the island is a lot easier by sea. Bugis, originally from south Sulawesi, do commercial activity through the archipelago and is the master of the mighty Phinisi boat making to transport goods. But these days, Phinisi mostly use for the cruise

There are some National Park in Sulawesi :

Toraja is located about 300km in the north of Makasar, representing a culture of mountainous Sulawesi people. The city Rantepao is the capital of Toraja . The name Toraja came from  “to- = Mountain People”. They live in a mountainous region. It’s considered as a sacred place. They put the body of the dead in a cave or in a sarcophagus hanged on a hill and for the rich, they put the in a small cave on the rocky hill behind their village. The rich put the belonging of the dead along with the corps. For Toraja people, the funeral ceremony is the most important ceremony of their life. They spend a lot of money to prepare it. They need ox and pig to transport the soul of the dead to heaven. 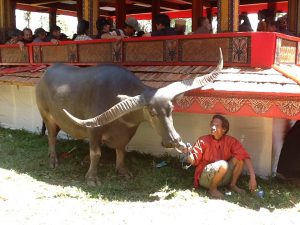 As they live in , the have this agriculture with terraced rice field. They live in a very beautiful traditional house with . You could visit a beautiful animal market to understand the culture of . To visit Toraja you have to go for 5-6 hours from Makasar. 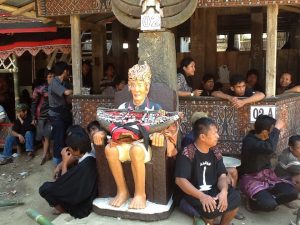 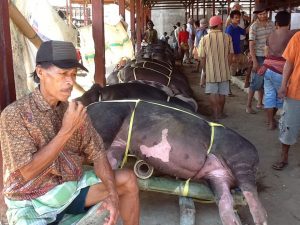 How to get to Toraja ?

To get to Toraja, you have to pass by Makassar. Makassar is an important city of the eastern Indonesia. You can find flights from Jakarta, Surabaya, Yogyakarta, Denpasar, and Balikpapan. The flight companies that serves the flight to Makassar are Garuda Indonesia, Lion Air, Batik Air, , and Wings Air. We suggest stay 1 night in Makassar before the trip to Toraja. 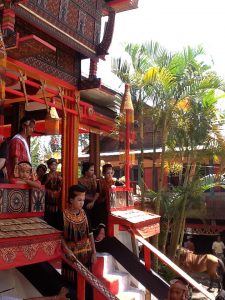